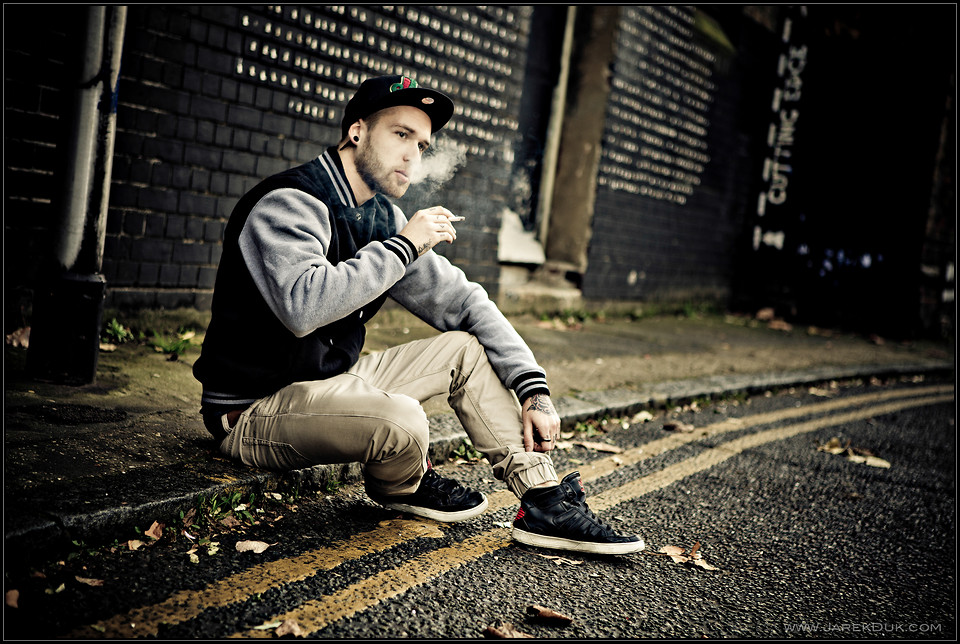 A few days ago I photographed rather cool lifestyle model Janu. For those of you from UK I don’t need to explain how nasty English weather at this time of the year could be… and so it was. 70-90 km/h wind has forced me to change my game plan drastically.

My only assistant on set was Maggie, our make up artist (she’s about size 0 😉 so making her hold onto even small size softbox would only make things worse cause not only would I have to worry about my equipment but also about health and safety of my lovely assistant. So instead we have settled for three Canon 580 EX II Speedlights triggered by Pocket Wizards Flex TT5 and Mini TT1, mounted on TriFlash bracket and my old trusty Manfrotto monopod.

That way Maggie had only one piece of equipment to worry about and it was rather light and wind resistant.

So we were ready to go! Since the freezing rain was coming off and on we had to move fast. We started off in the building right opposite our studio were we found this old and dirty loading bay.

As ugly as it was, it was full of texture and had moody feel to it (see first three shots). Next we headed for the street. I know the area pretty well so we took advantage of a few tried and tested locations. Janu was brave enough to take his thick jacket off and pose for a couple of shots only in T-shirt, showing off his awesome tattoos. We were cold, the batteries were dying so it was time to go back to the studio. A few cookies and hot cup of tea put us back on our feet and we were ready for set of head-shots, which came out great.

So here it is, another lesson learned! Even though it seemed like we fighting against all the odds (believe you me, I was so close to call the whole thing off) we did not give up and came back with shots far better then I could possibly wish for. My model has suffered (just a touch 😉 ) but Janu’s model’s portfolio went right through the roof!

Special thanks to my assistant Maggie, that was so bravely fighting the elements. 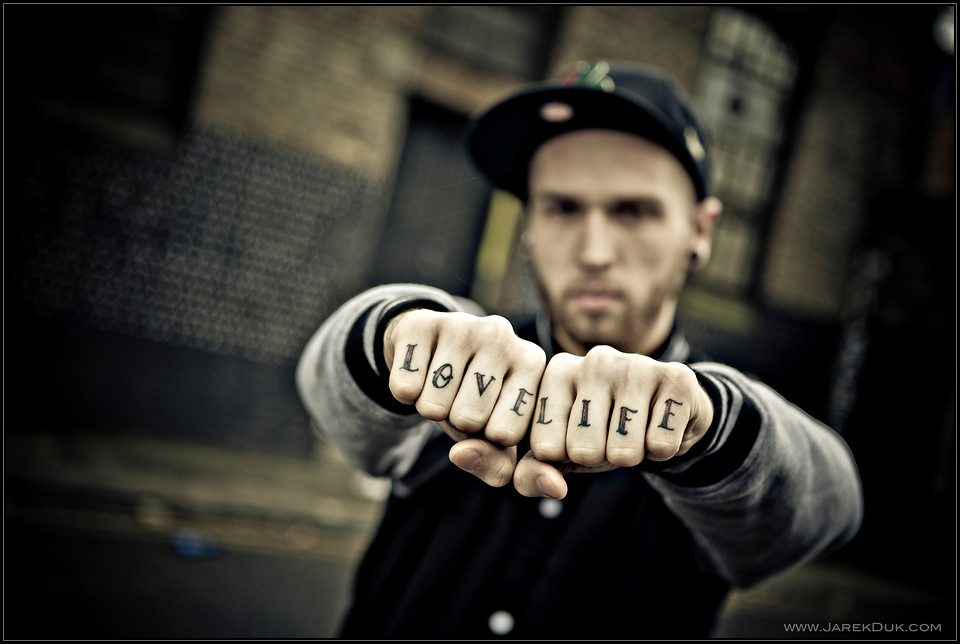 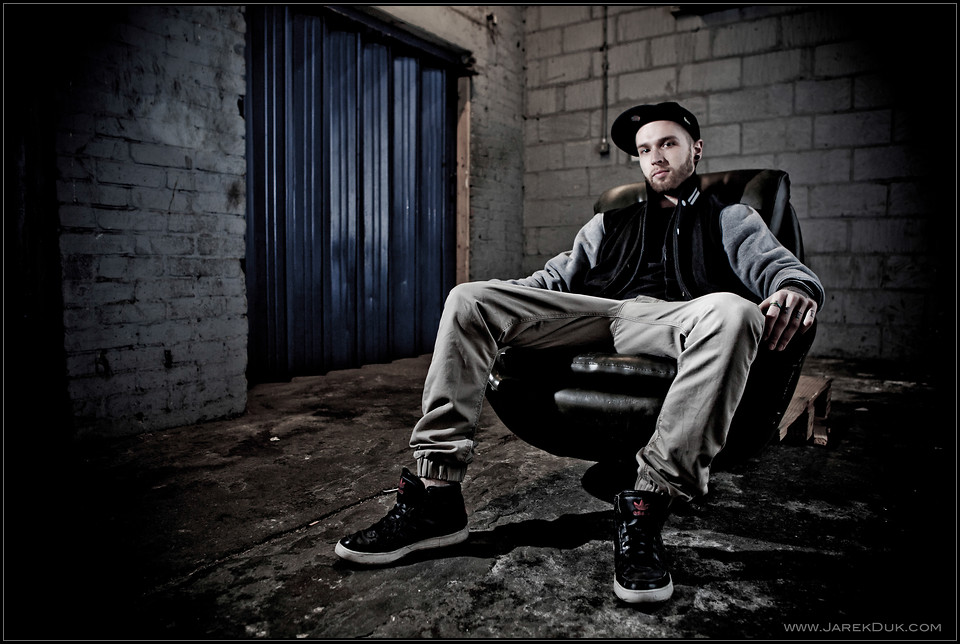 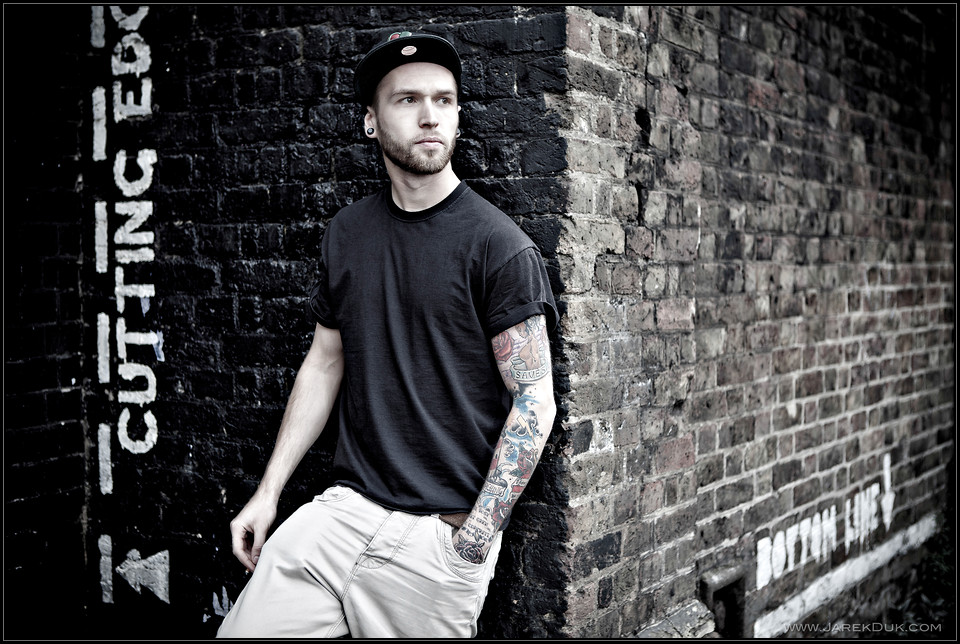 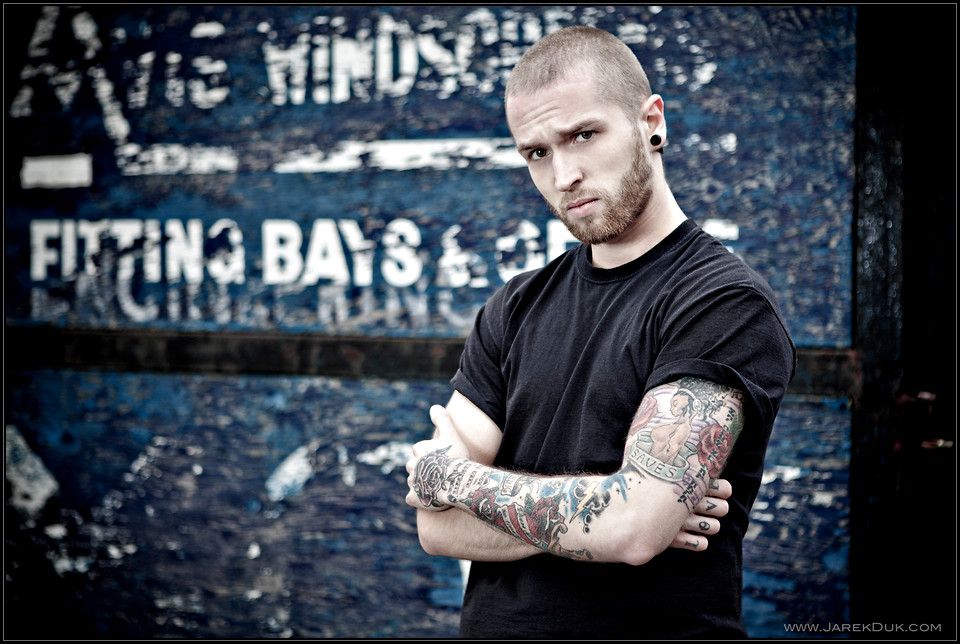 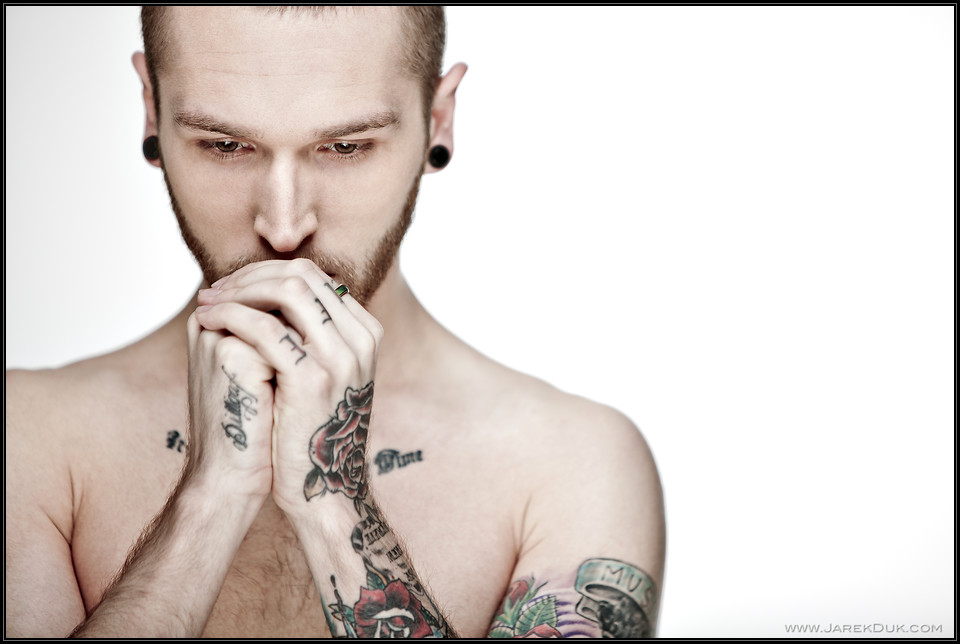